Helping You Overcome Your Legal Challenges

REACH OUT FOR HELP 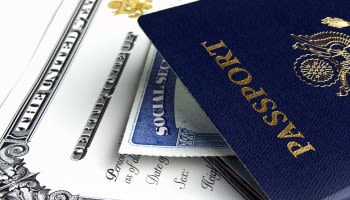 The U.S. government is another party that understands the tremendous value of citizenship and will not grant it without careful consideration. Applications are highly scrutinized and a wide range of issues could prevent yours from being approved. Citizenship is granted by the U.S. government in three different ways:
1. By birth in the U.S. or on U.S. territory: This includes Puerto Rico, Guam, the Virgin Islands, and U.S. military bases.
2. Through the citizenship of your parents (Form N-600): This includes children born abroad to or adopted by one or more U.S. citizens as well as children born to parents who later became naturalized.
3. Naturalization (Form N-400): Naturalization is the process in which a person with a green card or permanent resident status can obtain citizenship.
The Naturalization Process Is Complicated

The eligibility requirements for naturalization are very strict, although there are some limited special provisions, exceptions or waivers for eligible parties. The process is time-consuming, and a number of factors such as any level of involvement with law enforcement could complicate your case or cause your application to be denied. An individual must show that he or she: