Being Detained by ICE 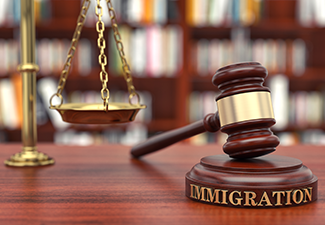 The U.S. Immigration and Customs Enforcement (ICE) may detain an immigrant for being undocumented, committing a crime, violating their visa, or entering the country illegally. Depending on your unique circumstances, you may be eligible for release – by posting a delivery bond – when taken into custody. A knowledgeable Florida immigration law attorney can enlighten you about your rights and options when detained by ICE.

At Gurian Group, P.A., I’m committed to offering reliable legal guidance and advocacy to clients in immigration-related matters. As your legal counsel, I can investigate the reason for your ICE detention and determine whether you can post bond. My firm proudly serves clients across Miami and the surrounding communities throughout Southern Florida.

What Is an ICE Hold?

An ICE hold – also known as an ICE detainer or immigration hold – can be described as a legal hold which is placed by ICE on a person who has been arrested by local law enforcement. It is a written request from ICE to a local law enforcement agency requesting that the agency should detain the person in custody for an extra 48 hours. This is to give ICE officials more time to investigate and determine whether to initiate deportation proceedings against the arrestee.

What If the Individual Isn’t Taken Into Custody?

ICE investigates arrestees that are believed to be in the United States illegally. If ICE fails to take custody of the arrestee after 48 hours, the local police can release the person. Under the law, it is illegal for the local law enforcement agency to hold an arrestee beyond the additional 48 hours requested by ICE. Also, the local jail or agency must release arrestees if ICE determines that they are U.S. citizens or not subject to deportation.

What Happens If They Are Taken Into Custody?

Thankfully, a person detained by ICE and taken into custody can seek to be released on a delivery bond. An immigration judge will decide whether you’re eligible to post bond, provided that you’re not a threat to public safety or national security. However, if they’re not eligible for a bond, they will be subject to mandatory detention until their removal case is finalized.

If you or someone close to you has been detained by ICE, you need to get in touch with a skilled immigration attorney right away. Your legal counsel can reach out to the local ICE office on your behalf, request that they lift the immigration hold, and explore your eligibility to post bond.

Getting detained by ICE can be a worrying situation. However, depending on the reason for your arrest, you may be able to post bond and be released from custody. At Gurian Group, P.A., I have devoted my career to offering outstanding legal services and protecting clients who have been arrested and detained by ICE from the worst possible situation.

As your legal counsel, I can investigate every aspect of your case, explore your eligibility for bail, and help post ICE delivery bond to fast-track your release. In addition, I will fight intelligently for your legal rights and present your case diligently at the immigration hearing in pursuit of the most favorable outcome for your unique situation.

Have you been detained by ICE? Contact me at Gurian Group, P.A. today to schedule a simple consultation with a practiced immigration lawyer. I can offer you the trusted advocacy and personalized legal guidance you need in your case. My firm proudly serves clients across Miami and the surrounding communities throughout Southern Florida.